How WorkFlowy Replaced Every Task Manager I’ve Ever Used

How WorkFlowy Replaced Every Task Manager I’ve Ever Used

I love lists. And I mean, love lists. My desk is covered in scraps of papers that are essentially just that…lists. Grocery lists, to-do lists, keyword lists, bucket lists, and the list keeps on going.

Unfortunately, in this digital age, it’s not just dozens of notebooks I keep going, but my Evernote is full used. And Apple Notes. And Google Notes. And a bulletin board. And scraps of paper…you see where this is going.

I tell myself that they keep me organized. In reality, I’m just making them, scrapping them, losing them and recreating them. It’s a never ending process. That is, until recently.

A friend turned me onto Workflowy, a simple Task Manager. At first I was very underwhelmed, I have to admit. The app is web-based, and is incredible simple. However, the more time I spend on it, the deeper I go.

The allure of Workflowy is its simple nature. You start with a blank slate and start typing.

Simple, right? Ok. But here’s where it gets cool.

Click the bullet point you just made and you’re now inside the bullet point. You’re one step deeper. So make another one and you get a whole new sheet of bullet points, each with with their own level that goes deeper to infinite amounts!

The best part, though, is when you’re starting at the top of your workflow and just keep on clicking the bullet points through a beautiful flow of conscienceless. I have never been so organized!

You can also share the Workflows with your colleagues and collaborate on them.

Workflowy is exactly how my brain works! It even syncs to a mobile App of the same name, which keeps it all together.

The options are endless. As a video editor, my notes tend to be about every part of my business.

Using the Workflowy system of a parent note that connects to a child note, and so on, I find myself writing a deep upcoming blog-post idea list that builds on itself.

I start with the my master list, which is essentially a bullet point list of the blog post ideas. Then, by clicking the bullet point for one topic, you enter the content itself. Here I create a bullet point for SEO keywords, blog outline, and any incentives or freebies that I want to attach to the post. Depending on the post, I’ll also have a spot for link. Then, each of those points has its own child list, and may go deeper if there is reason to (say building an infographic).

As a professional video editor, I’m consistently keeping notes about the projects I’m working on. I have recently adjusted my editing workflow in Final Cut Pro X depending on the type of project and content I’m working with. So, I have a Workflowy board for keeping track of my tags in Apple Finder. I also have one for active projects, storage places, deadlines, client notes, etc.

When actually working on the video, a project may take me into a Motion program or utilizing Stock Footage. I use Workflowy per project to keep my notes organized to review with the client later or to go back over in the future if I know that I’m going to need to know the motion or sound settings I found good with that voice actor without having to open that particular Library and check the settings manually.

I’m an active user on UpWork and write a good number of proposals or responses to requests for interviews. To keep them all straight, I have a Workflowy that highlights the job and conversation – rather than having to go into the UpWork Messenger to find details.

How Workflowy Replaces All Other Task Managers

Essentially it comes down to simplicity, and the ability to create a rabbit hole. For my mind, just knowing that there is a hierarchy is enough for me to remember the points that follow a main bullet point.

Evernote has a limited device use. Apple Note is locked to Apple Devices. Google Notes is locked to Android and just doesn’t work for me. A notebook doesn’t auto-sync to my other notebooks and if I leave it at home, I can’t pick up a friend’s notebook to find my personal notes.

Workflowy is a time-saver, with a great team behind it, and here at Blazing Web Services it’s an app after our own hearts. 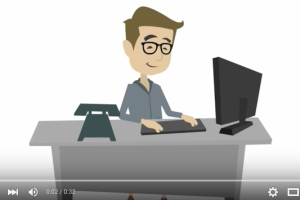 Hello! We just finished a new video for a client[...] 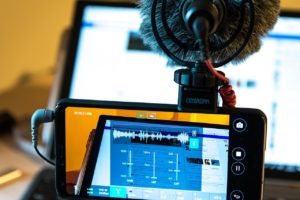 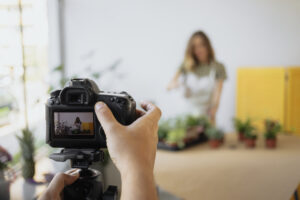