May 6, 2018 Posted by Lucas Business, DIY, Internet, News, Tips and Tricks No Comments

While not totally sold on the name (…Vyond??) we are pretty excited about what the rebranding of GoAnimate means for its future.

GoAnimate has been my go-to software for quick 2D Animation, explainer videos and whiteboard videos. The program has certainly come a long way in its time. With their new alpha version of the video player finally ditching Flash in favor of HTML5, I couldn’t be happier. My computer was so clogged up by the RAM hungry Flash animation and my laptop fans thank you profusely.

GoAnimate is a popular tool that we’ll be looking at in-depth in future blogs. I’ve prepared a number of how-to’s as well, but now must change all references from GoAnimate to Vyond. So stay tuned for those.

However, that name? How are we supposed to pronounce that? Vyond…like a bad Scandavian accent impersonation? It’s not an acronym. It’s not an anagram. It’s just a bad name.

But who am I to judge? At Blazing Web Services we get a lot of requests to design websites, whereas we are a company that focuses on web services such as internet video, social media marketing and content creation. So, I don’t feel like taking the name on the carpet, I just want to know how we’re supposed to pronounce it.

The company explained it in their press release.

“Organizations need to make media that moves others to action. They need to go beyond static content, beyond poor engagement, and someday, maybe even beyond video. That’s why we’re moving Vyond. We’re going all-in on dynamic, all-in-one media that moves. We’re enabling our subscribers to go beyond boring content, beyond distracted audiences, and beyond their own expectations.”

“We’ve experienced significant adoption and growth as GoAnimate, so much so that we’ve outgrown the idea behind it,” said Alvin Hung said in a press release. “We’re launching this new brand, not because of a sale or acquisition, but because we want our brand to accurately reflect both our current state and our vision for the future.”

I think that’s why name change confused me. The website redesign is beautiful. I love the new colors, typeface upgrade and responsive website which excels on mobile. But the name change? GoAnimate was a brilliant name. It was exactly what they did. You needed animation, go animate. Need a video for your business…go Vyond? It doesn’t seem as natural.

GoAnimate has streamlined their offerrings in recent years, which they’ve explained as part of their upgrade process. Mainly that has meant certain abilities such as animations interacting with props or even whole templates ceased working with more modern upgrades toward their march to HTML5. Ultimately, we applaud their progression toward a more business focus.

One style of animation even had a look highly similar to Family Guy cartoons, which really had limited use in business video. Their platform is recognizable, which detracts some of its value for larger corporations or businesses trying to distinguish themselves. But, with creativity and some extra leg work, videos can be created that are unique.

“At Vyond, our mission is to put the power of video in the hands of everyone,” said the Press Release. “Vyond allows people of all skill levels in all industries and job roles to create dynamic and powerful media. With features that go beyond moving text and images, you can build character-driven stories or compelling data visualizations that engage audiences and deliver results.”

The company also says it has 12 million users on six continents that created more than 22 million videos.

We recommend GoAnimate to our clients as a way of savings thousands of dollars on a DIY budget. While it certainly has its pitfalls, the benefits of having a versatile software for convincing animation far outweighs the bad.

To infinity and Vee-yahn-dah…nope. Still don’t get it. But congrats anyway. 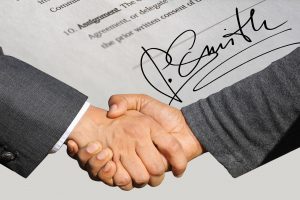 7 Things Do When Hiring a Video Editor 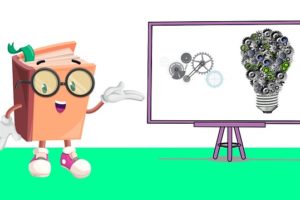 What is an Explainer Video? 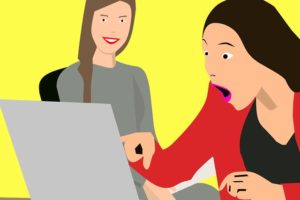 What is a Promotional Video